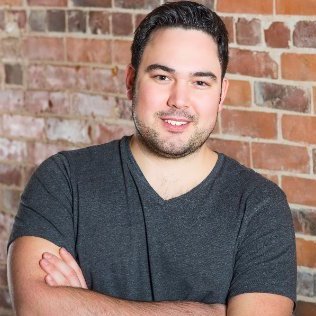 In 2017, the UK edition of The Sun newspaper wrote about a study that polled 1,000 kids on their dream careers.

Two years later, Ars Technica ran a similar story about another poll. It also focused on the future career aspirations of kids, but compared young people across three countries:

Both studies received massive backlash and all sorts of questions about methodology.

But that's not the point.

Maybe that’s true. Or maybe it's something else.

Perhaps these kids are recognizing something similar to what prior generations saw in the American Dream: a chance to "make it" and find a better way.

Venture capitalist Chris Paik wrote about this idea in his post exploring the digitalization of the American Dream:

“For my parents’ generation, the American Dream meant physically moving to America to pursue economic and social mobility—a better life. For today’s generation, the internet has replaced The United States as the Land of Opportunity—the place where hard work and an appetite for risk is rewarded the most.”

Regardless of the polling methodology or the underlying desires and motivations, it should come as no surprise to see younger generations wanting a career based around the same technologies and models of success that are central to their upbringing and worldview.

A new dream or a native creator?‍

In the years following the release of the first iPad, reports like this often made the news:

An adorable toddler or infant playing with a physical magazine, anticipating the swiping and pinching functionality of an iPad because they were conditioned to expect it as the default.

If using technology tools is a language, the kids of today are fluent from childhood.

Whereas millennials adopted technology, Gen Z (and younger) have been profoundly shaped by it.

In this regard, younger generations are also less intimidated by it, more willing to embrace or leverage it, and generally not concerned by potential limitations. They expect apps and tools to give them superpowers.

Maybe the next generation of freelancers, entrepreneurs, and creators are simply "internet-native workers":

Beyond leveraging their creative abilities and technological savvy, these internet-native workers need the ability to generate and capture attention in and increasingly noisy world.

The evolution of the (digital) dream

Before TikTok was TikTok, it was an app called Musical.ly, started by Alex Zhu.

In a phenomenal interview (which has since been taken down), Alex dives into the parallels between country building and community/app building.

One especially interesting insight in this analogy is what Alex refers to as "building the dream" (we paraphrase):

In order to become the dominant new platform, the new app must change the incentive system so as to reward new creators versus already established creators.

The new platform must do everything it can to back those early adopters and ensure they're successful. It must do this purposefully and publicly, so that others will think to themselves: "hey, they just started and check out their [insert: audience, success, etc].”

This is exactly the case for technology platforms. Take YouTube and TikTok, for example.

In 2020, TikTok increased its U.S. user base by 85.3% compared to the previous year. Audience growth of the social video platform is projected to remain in double digits until 2021, before slowing down to a 5.1% annual user growth rate in 2024. In 2020, TikTok had 65.9 million users in the United States.

TikTok needed deep pockets to generate this growth, but what enabled it to take place was the "dream" that was designed into their product and business model from the get go.

Unlike YouTube’s algorithm that favors creators with an established channel and audience built over years of uploads, TikTok's For You Page (FYP) algorithm is much different. It provides new creators—the ones without a following or a big budget—the chance to break out.

TikTok's app does many other things, too, including giving its users enhanced creative and video making superpowers.

You see this same dynamic increasingly play out between any old versus new organization, as well as between generations of digital, internet-first companies like Amazon and Shopify.

We've written about the evolution of the internet before.

It is quickly becoming a platform that favors entrepreneurial creators. This is regardless of whether or not they are internet-native, but those who are certainly have an advantage.

This includes the aspirational brands that involve their customers in virtually every aspect of brand building, as well as the future of personalized commerce.

The creators and entrepreneurs who embrace the new rules and opportunities of this emerging internet will find themselves building the next generation of businesses, ones rooted in community and co-creation.

While there have been a few early successes, this is still an emerging playbook and one that's constantly changing.

At Creative Layer, we’re dedicated to creating and documenting the proven strategies and tools to help you start or scale your business.